About the author: President & CEO at Cleanomatics, a Stadhawk, Inc Brand

Dr J Robert Oppenheimer, the Father of the Nuclear Bomb, the Director of the Manhattan Project on the 16th of July 1945 famously chanted “Now I am Become Death- The Destroyer of Worlds” from chapter 11, shloka 32 of Sri Sri Bhagavat Gita  while watching the massive fireball covering the entire sky at the first nuclear bomb test site at the State of New Mexico, USA. 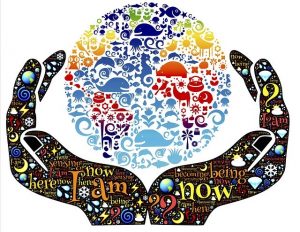 How do I become a powerful creator like you? Asked the “YOGI” in his prayers to the Lord. The Lord replied—” My Son, Invoke My Powers Within You and Thou Shalt Be As Mighty a Creator as Me in My World”

Creation & co-creation are intricately inter-twined. Sometimes we create new innovative products to address or solve the problem the mankind is facing at that moment, sometimes we create just for the joy of creation. In the former the chances of success are higher while in the later it is a high risk, high reward game experienced by every successful movie Director before the release of his next film while he sits on the edge of his seat and bites his nails in anticipation of the crowds reaction to his premiere.

Deep consumer insights scientifically unearthed gives birth to some of the best innovation ideas. But imagine a situation where your consumers & users are involved at every step of your innovation stage-gates and keep providing you real-time feedbacks on how you could make the product suit his/her needs more appropriately. Probably you think that this would make your innovation process more cumbersome and highly time-consuming. On the contrary, let me assure you that an innovation process which has co-creation with your user groups deeply embedded into it, would save your precious time, resources & marketing dollars and your innovation would be destined for a rocking super-duper success. There are many ways companies & brands involve their consumers/fans which includes examples where musical bands ask their fans about the name of an album or a football club involves their fans during the re-branding process. In fact an age old process of inviting your consumer feedbacks have been through slogan writing contests as a response to an advt. Etihad Airways have led this process by creating customizable cabin interiors where their flyers could co-create the ambience within which they would love to fly. Some of the top 10 companies in the world who believes in co-creation and have imbibed the process since long are—

Whether you talk about Unilever’s “Open Innovation Platform” or Ikea’s Digital Platform “Co-Create Ikea” or Dewalt’s Insight Community Platform, all are aimed at co-creating and launching breathtaking innovations involving their customers.

No experience is complete without DIY (Doing-It-Yourself). In one of my previous organizations, we decided to imbibe the concept of co-creation and invited some of the country’s topmost interior decorators and architects in the country to a 3 day workshop at our factory and co-create exotic Wooden Veneer & Laminate Designs with us which will go on to create our next designer range of laminates & veneers to be launched into the market.

Our aim was to create something unique which has never been seen in the industry before and which would be immediately liked by the core user group of architects/interior decorators who would easily adopt them and start using them. 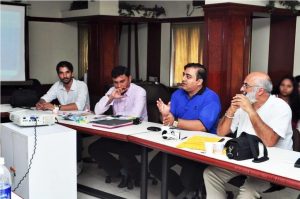 Workshop in progress— The person in the blue T-Shirt is me and to my left is seated one of India’s topmost Architects- Ar. Karan Grover.

Results of the co-creation workshop – The result was the creation of a unique range of Recon Veneers which we later Branded & launched as “Senzura Styles”. Thus, was born a very unique range of co-created veneers in the industry which became a run-away success almost immediately after launch.

Several companies in India use this art of co-creation in different manners over the years. I strongly feel that the products which caters to the Indian Kitchen or Indian Domestic Use should be co-created by the innovation teams of various manufacturing organizations involving the Lady of the house. The probability of success could improve manifold if all the makers of domestic appliances or the manufacturers of spices, cookware or even readymade furnitures co-creates the designs and the products with the Lady of the house.

Let’s take one example. Imagine a range of cook-ware co-created through a digital platform which recognizes and rewards the Ladies by the renowned Executive Chefs in the world. What do you think the future of this cook-ware range would be? Will it go on to create the next Unicorn Start-Up in the Indian Cook-ware and Kitchen Appliances in the industry? What do you think?

Please feel free to comment and pen down your opinions while watching this space….