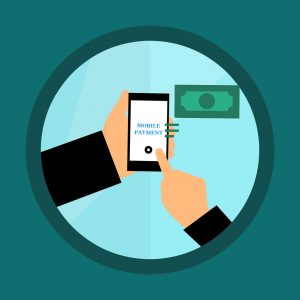 “In the long history of humankind (and animal kind, too) those who learned to collaborate and improvise most effectively have prevailed”. – Charles Darwin

Human beings have evolved over the last thousands of years and along with them their ways of life have evolved too. The beginning probably was with hunting to survive that evolved to producing food for survival. The nature of the human being is to want “More”. This gave birth to the first form of transaction known as Barter. In a barter transaction, people traded items – my rice for your wheat, my animal stock for yours etc.

Man, then discovered metals and precious metals and that gave birth to trading pieces of metal in exchange of goods – beginning of the Coinage.

The exact timeline of coins being used in India cannot be defined however the various excavations in India have found coins of Copper and Silver few years BC. These coins probably introduced the concept of wealth in terms of possessing the pieces of metal.

Vedic philosophy has a unique understanding of “wealth” which it refers to as Lakshmi. Lakshmi is not simply the “Goddess” depicted in temples across the country. Although this science certainly inspired the image of the Goddess, Lakshmi in the real sense is the Vedic science of wealth that enables people to understand, attain and sustain abundance and prosperity, at both outer and inner levels of life. Quote, unquote vedic-maanagement.com.

The Vedic take on wealth – Lakshmi. There are 8 forms of Laxmi

It was in 1540 the regime of Sher Shah Suri introduced silver coins named Rupiyaa which probably is the foundation of the modern Rupee in India.

The need for convenience led to the invention of paper notes as a form of money. This reduced the hassle of carrying a bagful of coins to carry out the transaction.

The first bank was founded in India in 1770 called Hindustan Bank. Imperial Bank formed in 1860 and still survives as the largest bank in India – State Bank of India. Paper notes became official in India in 1870. Since then we have witnessed various size shapes and denomination of Bank Notes.

The 1950’s saw the introduction of plastic money. We could store money digitally and carry a piece of plastic in our pocket that enabled us to do various transactions. The banks were evolving and introducing various payment instruments from Withdrawal Slip to Checks to Debit Cards to ATM cards to Internet Banking and now Mobile Banking, to NEFT, RTGS, IMPS, NACH. Today we are witnessing the evolution of Crypto Currency as a future form of payment.

However, we keep talking about Financial Inclusion as there are billions of people in the world who still are not part of these modern forms of payment and rely on CASH as a form of payment. May the nature of the human being to want “MORE” lead us to an inclusive future.