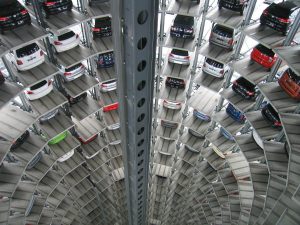 Over the past few years, the automobile sector has been stuck in a quagmire, with floundering sales as a result of slowing economy.

The onset of the Covid-19 pandemic could result in vehicle sales plunging further and the recovery path will be slow.

Even as automakers try to tide over the crisis with virtual showrooms and contactless deliveries, there seems to be a growing concern  with Economic factors impacting the automotive industry as a whole across the World .

In the wake of the slowdown, the auto industry has been requesting the government for support through a viable tax structure in India, taxes for vehicles go as high as 28 percent. Then there are additional levies, mostly charged as a compensation cess that range between one percent and 22 percent, based on a car’s fuel type, length or engine size. A buyer will also have to pay road tax depending on the state of domicile, which could go up to almost 20 percent.

Vehicles are considered a luxury, and that is why they attract the highest rate of tax among the Goods & Services Tax (GST) slab. But it is also the reason why many large carmakers have stayed away from India. Only a sub-four-metre car attracts the lowest taxes, making it difficult for many large automakers to come to India, and build SUV and other big vehicles.”

Until 2017, when the government rolled out GST, vehicles attracted multiple incidences of taxation, in the form of excise duty and value-added tax (VAT), before the government set a uniform rate of 28 percent—among the highest in the world. “Even before 2019-20, the tax on cars was far higher than in any other car manufacturing country in the world”

In the European Union, VAT is 19 percent and no other taxes, In GCC the VAT is recently being introduced  some are yet to implement it though

Below is the example of what makes cars dearer in India

GCC markets which comprise small size  countries with much lesser population as that of India  GCC primarily are six  gulf countries the biggest being Saudi Arabia 34 million  and the smallest being Bahrain with 1.7 million population.

While in India within cities we see multiple Franchise / Dealer for same Brand which leaves the dealer much lesser breathing space and limited expansion scope for his business volumes to grow as the franchises are not just competing with competitive brands but also competing with the counterparts for the same brand who co-exist in same cities.

What makes the automobile market so different in GCC as compared to India are the  refined product line up of Multiple brands  from a SUV category to a Saloon category range which the brands offer  features are as  updated in International markets the products in GCC have to be complaint to  GCC Standardization Organization (GSO) its something which is similar to ARAI which certifies various Automotive brands in India.

While India is now witnessing change with some of the Brands are now offering products with international safety standards  the bar has been raised and we are seeing lot of excitement for buyers who are now finding the products not just value for money and meeting the basic transportation needs it is now evolving as lifestyle product ownership  with features including high on  safety and convenience also.

In GCC still the markets are free of such taxes more or less although VAT has recently been introduced by some of the GCC  countries which are still keeping the ownership cost affordable .

Whereas  GCC will still continue with IC vehicles in absence of a formidable public transport system and last mile connectivity are evolving but slowly and restricted to some of the prevailing commuting needs which involves travelling in individual cars as with most of the time of the year the temperatures are hot in GCC and moving from one place to another needs  or should we say they can still afford it.

From a marketing professional point of view the basic structure of how the automotive industry functions remains the same both in GCC as well as India with tax free countries the only ones in the world GCC residents enjoy the ownership of cars well within one’s reach .

With increase in service providers like Ola and Uber many in India instead of owning are simply shifting their commuting needs from owning to just using the app based service providers to move from one place to another also concept of Zoom cars have been quite a success with affordable rents perhaps have become alternative to owning one own car  however the pandemic has  once again slowed the usage of Ola and Uber as people have had their reservations on  its usage since contracting the virus using any kind of public cars is not ruled out and a certain section of community who can afford a car of their own be in new or preowned car are preferring to have their private vehicles  in cities like Mumbai  and other metros where the Public transport system which is lifeline be it the local trains or the Metro with curbs of lockdown commuting has become quite a challenge if one doesn’t have his or her own vehicle hope this adds to the sales of various automobile brands as those who never thought of buying a car are now somewhat left with no choice but to have one.