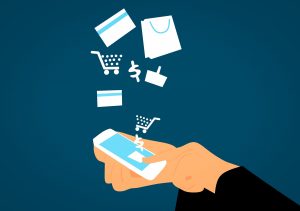 A digital instrument that converts your Mobile phone into a device for carrying out financial transactions can be defined as a Mobile Wallet. Technology evolved from a fixed line phone to a cordless phone to a mobile phone and that got us thinking of how we could add various services to this device and found replacement to various services that were restricted to a desktop or a hand held camera. How could our commercial transactions be left behind? We brought the ability to conduct these on the mobile phone.

It can be traced back to 1997 when you could buy a Coca Cola in Helsinki from a vending machine by sending a text message. Since then there has been an evolution of mobile payments / digital payments. In 2007 MPesa was launched by Safaricom (now Vodafone) in Kenya. It was unsafe to carry money in Kenya and Mpesa allowed the consumer to deposit money at the agent/retailer at their point of origination and withdraw it at another agent/retailer location when he reached his destination.  The Success story of M-Pesa in Kenya brought mobile wallets into limelight.

Another form of payment known as carrier (your Telecom carrier) billing did not take off that well in India as there is a WPC charge in the telecom tariff.

The central bank in India could not help but take notice of the growing popular mode of payment and brought it under regulation by Introducing the Payment and Settlement (PSS) Act in 2007. Anyone who wants to operate any kind of payment instrument / system in India is regulated by the Reserve Bank of India. The PSS Act, 2007 received the assent of the President of India on 20th December 2007 and came into force with effect from 12th August 2008.

India is a Cash based economy and it took some time for the acceptance of digital payments. The thrust came after demonetisation and the push from the government for digital payment. Several players in India operate Mobile Wallets. One such wallet player got the opportunity to convert to a payments bank in 2017. Mobile wallets are considered to be a very effective instrument when it comes to micro or small payments as the cost of transaction is extremely low. Various other digital payment options have evolved in the last 12 years. NEFT, RTGS, IMPS and UPI to name a few. These have made various payment instruments like the Cheques and Withdrawal Slip redundant. Consumer interaction with the bank has moved from physical to digital.

The first large company to set up mobile wallet was Google in 2011. Since the last 9 years Apple, Samsung and several others have launched their form of wallets on the phone. The day is not far when consumers will move away from traditional banks and shift to these options as the custodians of their money.

In the time of the pandemic when physical interaction with people or money must be minimised the mobile wallet and various digital forms of payments are playing a vital role in ensuring smooth functioning of our day to day life.

5 thoughts on “Mobile Wallets – Are they relevant today?”