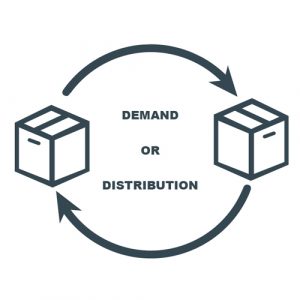 It was 2015, I was at Chandigarh sitting in a plush office of Mr Juneja. Mr Juneja was the promoter of a hair oil brand Kesh King. The brand was launched somewhere in 2008 and within a short span of 6-7 years attained a turnover of Rs 250-275cr. Mr Juneja believed that it was beyond his means to scale it up further and therefore had put the brand up for sale commanding a valuation of Rs 1800-2000 cr. It was amazing that a brand worth 250-275 cr could demand such high valuation. But such was the brand strength that all the major FMCG companies were ready to pay that price. (Finally Emami bought it for close to 1600 cr)

So, I was sitting in the conference room which overlooked the cabin of Mr Juneja. Mr Juneja was busy meeting with some people and we were told that they were large distributors who had come seeking distribution of Kesh King and guess what, they all had hefty advance payments ready with them. I was quite stunned to see the brand power. Typically for a strong company like Dabur, finding a decent distributor was never easy.

Here I was sitting witnessing something magical, distributors lining up to take up distributorship. On further inquiry I was told that there are a lot of areas where distribution is indirect through wholesale and for those areas Mr Juneja is finalizing distributors.

The case was simple, demand was driving distribution. Kesh King was in such high demand that distributors had queued in front of their office with advance DD to take up distributorship and distribute the product. This was quite different from what I had learnt in past few years. A typical FMCG new launch will be as follows: Distribute the new product in a threshold level of outlets and then start demand building activities like advertising. Post which wait for offtakes to happen,  and more often than not offtakes would take time to pick up. By which the patience of retailers where products were placed would run out, and he would declare the product as flop. Following illustration will help understand the point better.

Exhibit A is a typical scenario of a large FMCG company. It clearly shows the lag of demand vs primary sales. Problem with this model is the fact that by the time one comes to phase 2, one gets the feeling that primary sales have considerably dropped, and demand is yet to pick up. More often than not its this phase where most of the new product launches are declared a failure.

Compare this to Exhibit B where demand is driving primary sales and in turn that is driving the distribution.

Heavy advertising of a differentiated concept created the demand and this demand created distribution. Distributors lined up at the Kesh King office and were happy to pay advance. This created a cycle of positive cash flows, no credit in the market and above all a pull not only with consumers but also with channel partners.

Yes, there was a risk, what if the demand didn’t pick up? The advertising money would have gone down the drain. But that it would have anyways even if the distribution was done.

On the consumer side most FMCG companies treat it as a vice that a consumer goes to an outlet and doesn’t find your product. But is there a different way to look at consumer behaviors? Since the product isn’t a me too and has created a definitive need for the consumer, he doesn’t think as a vice if he doesn’t find the product. In fact, consumer behavior suggests that he will ask the retailer to get the product from somewhere. The retailer seeing the product demand runs to the wholesaler. This creates a demand chain and ultimately some large distributor figures out the opportunity for taking up the distributorship. A clear case of how demand has fed distribution. Products like Kesh King clearly demonstrate how demand can feed distribution but the opposite may not be true. Or else large FMCG companies with distribution muscle would succeed every time they launch a product.

There are other examples of products with relatively low distribution muscle but very high demand created distribution for itself. Products by Patels, Krack cream, Moov etc. post the initial success they were bought by Reckitt but the distribution leverage didn’t add much to sales. This was because the products already had a very decent indirect distribution.

Therefore, my advice to marketers has always been to focus on creating demand, distribution will follow.

2 thoughts on “What comes first Demand or Distribution? A perennial dilemma for FMCG companies.”