About the author: President & CEO at Cleanomatics, a Stadhawk, Inc Brand

Many a times a glittering Star Cast, a World-Renowned Director and a Producer with the deepest pockets backed by a mega-budget marketing campaign fail to create a blockbuster hit film, while a small budget film with an unknown star cast goes on to win Oscars.

Similarly, many a times the World’s best corporations fail to launch a successful innovation and gets beaten hands down by a Start Up Entrepreneur starting his business from his rented garage.

So, what is the “mantra” behind a successful innovation? Is there a secret recipe? My 25+ years of experience tells me that the road to heaven/aka a successful innovation is not one but many.  But one thing is certain. To be a premium segment market leader you must be a master of cutting-edge innovations. Only breakthrough innovations will enable you to create a premium brand and make those extra margins or generate those extra profits for you .

Let us examine a few models of successful innovations—

Although a part of marketing and product management folklore, one cannot stop revisiting the success story of Apple. Apple was always paranoid about disruptive new technologies making their products obsolete.

Hence was coined the legendary mantra by Steve Jobs—

“If you don’t cannibalize yourself, someone else will”

The 2nd most important mantra behind a string of successful innovations by Apple has been its’ Customer Centricity. The ability to see the approaching danger for IPOD’s gave birth to Iphones and the rest is history.

Obsession with design, a brilliant UI/UX borne out of rich customer insights and a superior ease of use propelled every Apple launch to its success it truly deserved. The above was coupled with a shrewd business mind and a systematic Plan A, B & C approach to innovations.  The moment Jobs was convinced about an idea he would create a systematic plan A, plan B and Plan C to push it forward and make sure it sees the light of the day.

Apple’s legendary obsession with quality was another defining factor behind its’ success. “Don’t ship it until you love it”.

Apple is the world’s most valuable company by virtue of its’ string of successful and breakthrough innovations. 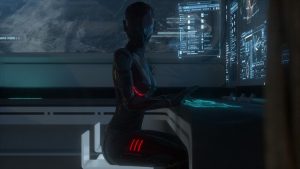 How is then the 3 M way different from Apple? What is 3M’s unique approach to innovations which has made it a giant with over US $30 Bn in revenue & presence in over 200 countries? In my opinion, 3 M is successful because its’ unique corporate culture of innovation and the dogged pursuit of simple customer centric innovations like the Post It and the Scotch Tape. 3M invests over 6% of their yearly revenues in R & D every year! An extremely high figure compared to industry standards. 3M encourages every member of their organization to become at least a Six Sigma Green Belt if not a Black Belt or Master Black Belt.

3M takes a long-term approach to the new product development process by creating a culture of innovation that encourages risk-taking, tolerates mistakes made along the way, and rewards achievement. A culture of innovation means that senior management encourages employees to spend a significant portion of their time on products and research that go beyond their usual scope of responsibilities. This involves hosting ideation sessions in which the innovation champion creates an environment of trust and openness. Only by breaking out of their usual comfort zones can teams create truly disruptive technologies.

As part of the company’s holistic innovation strategy, 3M focuses on developing disruptive innovations outside of their current existing portfolio. In 2008, 3M began strategically investing in startups with long-term benefit to the company, resulting in collaborations and increased technological development. These 3M New Ventures include 3M GTG digital media solutions for outdoor advertising, and Energy Inc., which monitors residential and commercial energy consumption to reduce costs.

Another way 3M capitalizes on its innovation success is by combining diverse technologies in new and unexpected ways. 3M draws upon innovative technologies from its portfolio of 55,000 products to create new solutions, such as using dental technology applied to car parts. By making these uncommon connections, the company pioneers new ways of innovating.

The strategies developed by 3M are meant for long-term, sustained innovation.

Now, let me come to another legendary model of successful innovation—“The Pixar Way”—the company which was also enriched by the midas touch of Steve Jobs.

If there’s one thing successful innovators have shown over the years, it’s that great ideas come from unexpected places. Who could have predicted that bicycle mechanics would develop the airplane or that the US Department of Defence would give rise to a freewheeling communications platform like the Internet?

Bird joined Pixar in 2000, when the company was riding high following its release of the world’s first computer-animated feature film, Toy Story, and the subsequent hits A Bug’s Life and Toy Story 2. Concerned about complacency, senior executives Steve Jobs, Ed Catmull, and John Lasseter asked Bird, whose body of work included The Iron Giant and The Simpsons, to join the company and shake things up. The veteran of Walt Disney, Warner Brothers, and FOX delivered—winning Academy Awards (best animated feature) for two groundbreaking movies, The Incredibles and Ratatouille.

Ten days before Ratatouille won its Oscar, the team sat down with Bird at the Emeryville, California, campus of Pixar, which is now a subsidiary of Disney.1 Bird discussed the importance, in his work, of pushing teams beyond their comfort zones, encouraging dissent, and building morale. He also explained the value of “black sheep”—restless contributors with unconventional ideas. Although stimulating the creativity of animators might seem quite different from developing new product ideas or technology breakthroughs, Bird’s anecdotes should stir the imagination of innovation-minded executives in any industry. 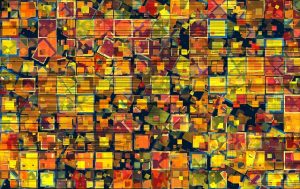 In the above blog we have been enriched by various “gyans” of leading successful innovations. Great leaders create the best innovations under the most challenging and demanding circumstances. Hence was born Uber & Air B n B out of the last 2008 Economic Crisis.

The time for the next Apple or next 3 M is right now.  During the recent aftermath of the Covid 19 crisis, all companies need to get most innovative in these trying times and leaf frog ahead of the competition taking advantage of the current challenging conditions and the new normal. We look forward to many such “Jugaad’s” in the Indian Economy in the next couple of months. This would go on to create the post Covid19 Batch of Indian Unicorns after the Zomatos and Paytm’s of the last batch of Unicorns in the Start Up World.