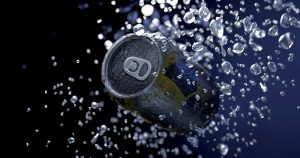 Developing & executing a 360-degree Marketing (below the line) plan for an internationally renowned Beverage Brand. This resulted in marketing leadership across all the Beverage Categories.

In 2007, I joined Brand X as Head of the Upper North Region, the largest franchise region for Brand X then. While we were still market leaders in a couple of categories, business was yet to recover fully for twin headwinds of allegations of pesticide contamination and also some local competitors had started making noises that Brand X was not a healthy choice compared to their own products.

The other challenge was to reach out to the Brand X consumers – while TV was the main medium those days, the consumers in this Region watched National Hindi & English channels. The local regional channels on TV were not popular unlike South India. The only way to influence consumers in the Region was through great on-ground activation and execution.

As a team, we decided to focus on Brand Brand X to lead the campaign for the complete portfolio of brands. We decided to carry this out in 2 ways:

This region had a craze for anything “foreign”. Also like most Indians, film stars, religion & cricket played an important part in their lives. They were also fun loving and enjoyed communicating in their local languages. Lot of rural people watched the state-run Doordarshan channel.

Armed with the above insights, we carried out the following activation:

The team implemented Project RED with great rigour and passion. Project RED was a part of Brand X’s worldwide plan of winning at the outlets where Brand X is sold or consumed. The following was done:

The Region achieved a CAGR growth of approx. 20% for 3 consecutive years. The market’s shares continued to rise year after year and by 2010 we became category leaders for all the 4 beverage categories. One city, Amritsar had the highest market share in the country with the highest cooler purity scores. One bottler won the best RED score across the world and was selected to visit Brand X Headquarters in USA. The team won the Division President’s Best Team Award.

No wonder people are still in awe of Brand X even after 100 years!